Who says that STEM careers have to be boring? If studying animas in their natural habitat or estimating plant or wildlife populations sounds interesting to you then a career in zoology and wildlife biology might be for you!

Zoologists and Wildlife Biologists study the origins, behaviors, diseases, genetics, and life processes of animals and wildlife. Some specialize in wildlife research and management, while others may collect and analyze biological data to determine the environmental effects of present and potential use  of land and water habits.

This well-rounded STEM career encompasses knowledge of biology, the English language, math, computers and electronics, and management and administration. Often, Zoologists and Wildlife Biologists have a background in one of the following fields: Animal Physiology; Cellular Biology and Anatomical Sciences; Ecology; Entomology; Wildlife and Wildlands Science and Management.

Based on 2014 wage and employment trends, students who want to pursue a career in the zoology field can expect an annual median salary of $58,270, well above the national median pay for all jobs. 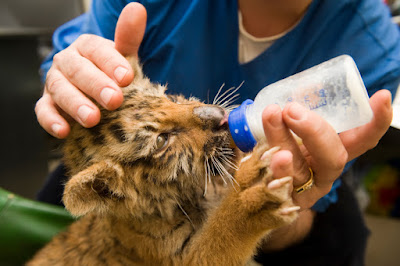 The History of the Microscope 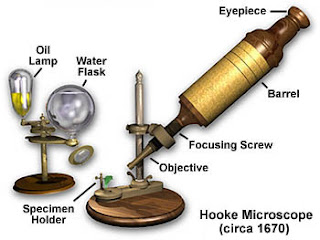 Four hundred years ago, the world of the microscope was unexplored. That means the structure of things like plants and the tissues of animals were a mystery, and there were thousands of other plants and animals that we didn't even know existed! The causes of the diseases could only be hypothesized about and medical science was limited. Antonie van Leeuwenhook's invention of the microscope in the 17th century brought about a revolution in scientific knowledge.

The word microscope comes from the word micro, meaning very small, and scope, meaning an instrument for looking at objects. Anything which is too small to be seen with the naked eye is microscopic.

While it had been known for more than 2,000 years that glass bends light, the fist accurate lenses were not made until around the year 1300. It wasn't until 1600, though, that it was discovered that optical instruments could be made by combining lenses.

Antonie van Leeuwenhook was a Dutch scientist and one of the pioneers of microscopy in the late 17th century. He made his own simple microscopes which had a single lens and were handheld. He made several drawings of what he observed and discovered bacteria, although he didn't know what they were at the time. In the middle of the 17th century, Robert Hooke drew pictures of cork seen through the microscope. Just like van Leeuwenhook, Hooke wasn't sure of exactly what he had seen.

Because of the low glass quality and imperfect shape of the lenses, many early microscopists saw very distorted images. Throughout the 19th century, huge improvements were made to lenses and the microscope as we know it today was gradually developed into a better instrument.
Posted by Kaysie at 10:01 AM

Making the Invisible, Visible with iPads

This is a guest post from Maggie Keeler (@KeelerMS).

Microscope work in science class is often a solitary endeavor. Traditionally, one student searches to find a seemingly invisible organism while patiently waiting for the teacher to come confirm that they’ve found it. Not anymore! With the MotiConnect App from Motic, this isolated experience becomes collaborative. MotiConnect allows you to connect up to six iPads wirelessly to a Moticam X camera or digital microscope with Moticam software. Each student is then able to capture images, record videos, annotate, and measure images from the microscope.The video below captures Osmosis in a Red Onion through a MotiConnect microscope.

#5. Unlike some other iPad Microscope cameras, MotiConnect does not require a hardwire connection to iPad. This allows multiple students to access the camera simultaneously and to independently choose when/what images or video he or she wants to capture.
#4. Moticam cameras generate their own Wi-Fi signal, so you don’t have to worry about whether your school network is running slowly or might go down during class.#3. The Moticam X camera works on microscopes and dissecting scopes. It also has a macro setting which makes it possible to document experiments that wouldn’t be safe to observe up close. For example, the process of making alum from aluminum cans in a fume hood in chemistry class.#2. MotiConnect makes microscope work accessible to more students. Traditional microscopes can be very difficult for students with visual or motor disabilities to use. By using MotiConnect and the iOS accessibility features, more students are able to experience the microscopic world first hand.#1. Because the MotiConnect app saves images and video to the camera roll, the possibilities for sharing and app smashes are endless. 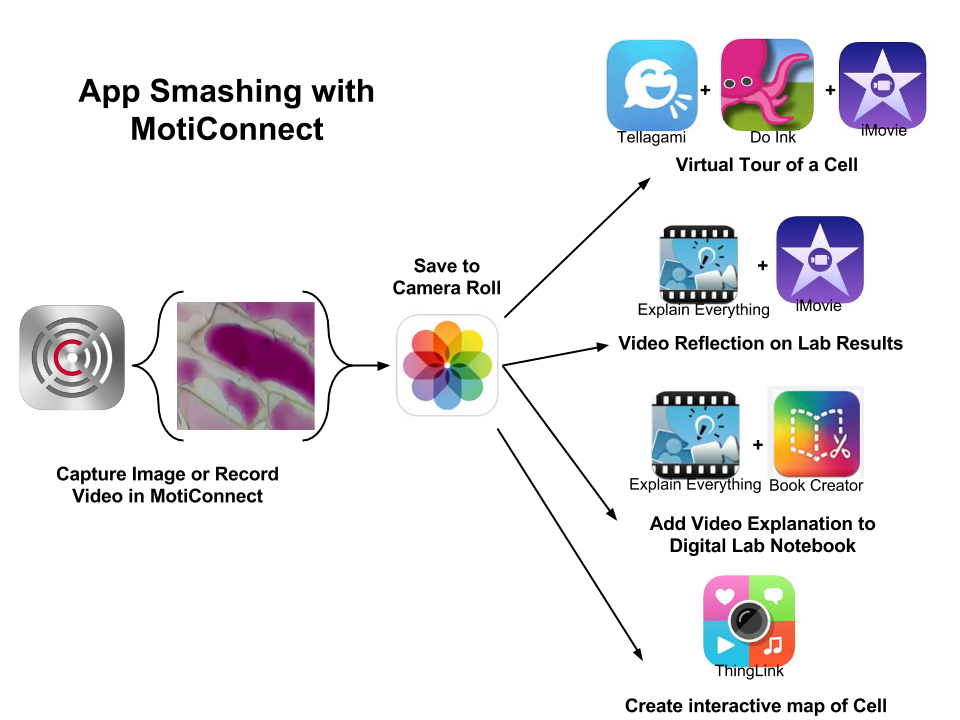 Maggie will be leading an iPads in the Middle & High School Pre-Conference workshop at the November 12-14 iPad Summit in Boston. She will also be presenting "How to Bring Your Lab Notebook into the 21st Century: The Ultimate STEAM App Smash."
Posted by Kaysie at 2:11 PM


Check out the show transcript here.
Posted by Kaysie at 12:45 PM 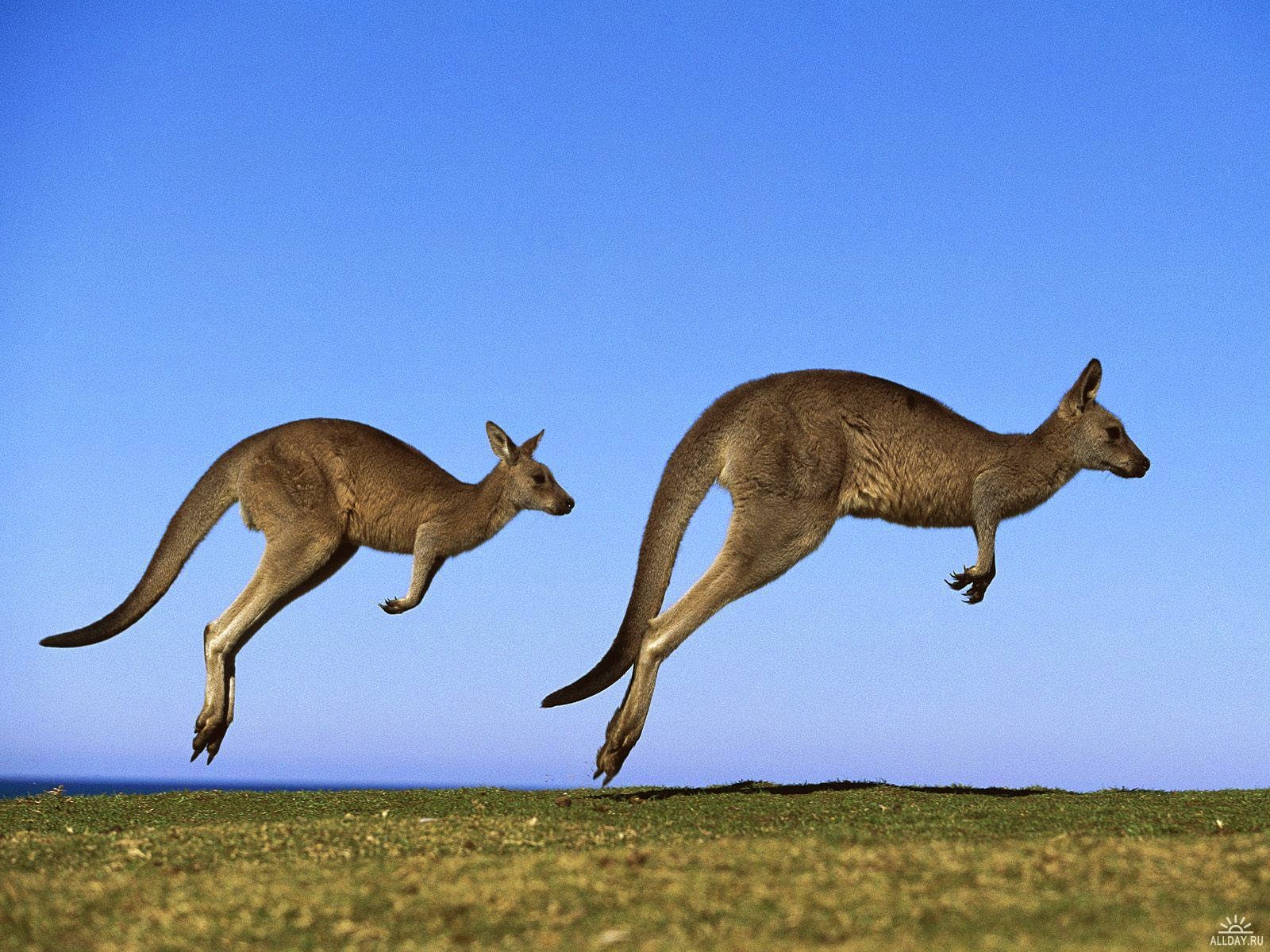 In the latest issue of Fisher Science Education's Headline Discoveries, Samba Lampich goes where few will go: farts. That's right, Lampich talks about the off-putting pungent smells that normally linger much longer than you'd want them to whether they come from a pet or a loved one.

What we didn't expect to encounter as we made our way through Lampich's smelly piece, though, was that unlike other ruminants, kangaroo farts have been known to contain about 80% less methane than cows. Methane is the most potent of greenhouse gases (GHG) and according to the Food and Agriculture Organization (FAO) of the United Nations, the total emission from global livestock is 7.1 Gigatonnes of CO2  equivalent per year, which represents 14.5% of all anthropogenic GEG emissions. That being said, the amount of methane in kangaroo farts (or lack there of, for that matter) is impressive.

Lampich talks about microbiologist Scott Godwin of Queensland Department of Agriculture, Fisheries and Forestry in Brisbane, Austrailia, and his colleagues, who investigated the microbes in kangaroos' digestive tracts and published their findings in the March 13 issue of The ISME Journal.

While most animals create carbon dioxide and hydrogen when they digest their food, animals like cows and sheep have microbes in their guts called methanogens that create methane. After looking at three wild eastern gray kangaroos, Godwin and his team found some methane-making microbes in the kangaroos' samples, but they also found  other active microbes including acetogens. These microbes take in carbon dioxide and hydrogen to produce acetate, which becomes a source of energy for the kangaroos.

Now that researchers know why kangaroos produce less methane, they need to figure out if implanting kangaroo microbes, which included the acetogens, into livestock would reduce their methane production. This would help reduce global warming!

Check out Lampich's full article, complete with a vocabulary list and factoids, along with the rest of the most recent issue of Headline Discoveries here.
Posted by Kaysie at 10:07 AM 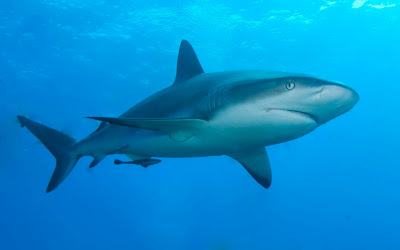 It's that time of year again: shark week has dawned on the Discovery Channel and millions are tuning in every night to watch real-life Jaws survival stories and the tale of Megalodon. But what if everything they showed on Discovery Channel wasn't true? Ed Yong of National Geographic certainly doesn't believe that the prehistoric Megalodon that enchanted so many early in the week is true.

He said in an article published on National Geographic's website earlier today, "...the show was filled with lies, fabrications and actors playing scientists."

But if Megalodon isn't real, what is?! Here are some great shark facts that Yong brought to the table.

To read even more "actual facts" from Yong, check out his full article.
Posted by Kaysie at 1:25 PM 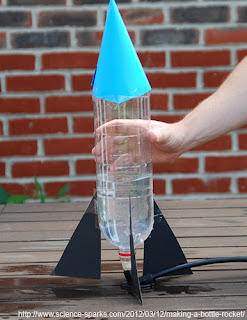 Have you ever wondered what launches a rocket? Would you ever guess that it was something as simple as built up pressure? Well try it our for yourself and make a bottle rocket in your backyard this weekend!

So what about the science? Check out Science Spark's explanation.
Posted by Kaysie at 6:22 AM

Despite all of the buzz surrounding the 2014 World Cup in Brazil, scientists are keeping a very close eye on the ball.

As NPR reported, this year's ball, known as the Brazuca, has been the subject of intense and careful study, especially after the unpredictable performance of of its predecessor in the 2010 tournament in South Africa.

Though traditional soccer balls have 32 black and white panels, the rule book doesn't actually specify how many panels are on the ball or what shape the panels will be. So, in 2006, the maker of the World Cup balls, Adidas, started producing balls with fewer panels. The ball for the South Africa World Cup in 2006 just had eight.

While Adidas claimed the new ball was state-of-the-art and rounder, John Eric Goff, a physicist at Lynchburg College in Virginia, explained that it got off to a rough start.

"When the players would try to kick the ball straight...there would be an erratic knuckling effect that would take place."

This would infuriate goalkeepers, one calling it it a "supermarket" soccer ball. After more complaints started filing in, NASA's Ames Research Center in California got involved. After taking a look at the roundness of the 2010 ball, Ames found that the difference in the number of panels had changed the seams between the panels, and that in turn radically altered the ball's behavior.

Bring on the 2014 World Cup, and Adidas has changed the design of the ball again. Now, it appears that the new ball has longer, deeper seams that keep it from swerving.

Read NPR's full report on the World Cup soccer ball here.
Posted by Kaysie at 10:31 AM

Beat the heat with this great summer science experiment! Grab these typical household items and start a journey full of exploration and discovery. In this popular Dr. Mad Science experiment, you and your young scientists will observe how milk reacts with food coloring and soap.

Now let's get started:
So what about the science? Well here it is: milk contains protein and really small amounts of fat in it. Both proteins and fat are sensitive to chemical changes. The chemicals in the dish soap weaken the chemical bonds that hold the protein together in the milk solution and the food coloring allows us to visually see the changes in the protein molecules. Likewise, the soap molecules cause the fat in the milk to mix and swirl until the fat has been distributed across the entire amount of the milk. 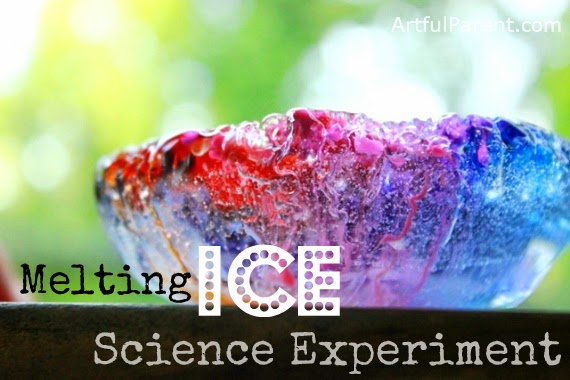 It's that time of year again: school's out for summer! That means your kids are at home and when they're not away at camp or outside enjoying the warm weather, they need something to do. So why not work a little learning into their schedule?

Give this ice melting experiment a try and you'll stay cool in the summer heat. Here's what you'll need:
Once you have your materials together, get started!
Once you're all finished, go outside and check out the ice light catchers you created while you watch them melt some more. Throw in another discussion about the differences in the ways that the ice melts when salt is applied and when heat from the sun is applied.

The Artful Parent did this experiment with her girls. Check out how it went!
Posted by Kaysie at 3:05 PM